The pharynx, commonly referred to as the throat, begins behind the nose, and extends down to the opening of the esophagus (swallowing tube). The pharynx is intimately involved in the functions of swallowing and breathing, and plays a role in the sound of one's voice. The air we breathe, and the food and drink we take in for sustenance, must pass through the pharynx. 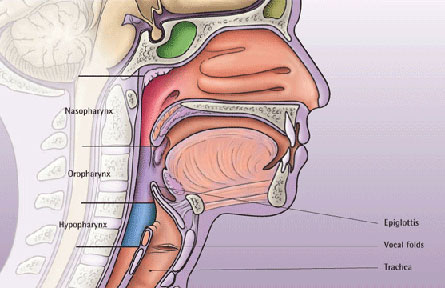 The pharynx is broadly divided into 3 regions. The uppermost region is called the nasopharynx (seen in red). It extends from behind the nose down to the back of the soft palate. The oropharynx (seen in purple) is what most people think of as the "throat." It extends from the soft palate to the back of the tongue. The oropharynx includes the tonsils and the tongue base. The hypopharynx (seen in blue) begins at the bottom of the oropharynx. It lies just below what is seen when looking through the mouth, and extends down towards the larynx (voice box). It includes the tissues behind the larynx, down to the top of the esophagus.

Most pharyngeal cancers develop as the result of chronic tobacco (smoked or smokeless) and alcohol use. More recently, we are seeing younger patients who do not smoke or drink excessive alcohol that present with tonsil and tongue base cancers. It has been shown that these cancers are the result of a viral infection. This virus is known as Human Papilloma Virus (HPV), and it is the same virus that has been linked to cervical cancer in women.

Signs of pharyngeal cancer vary, depending on the location and size of the tumor. The symptoms might be a sore throat, difficulty with or painful swallowing, coughing up blood, ear pain, or shortness of breath. Sometimes, pharynx cancer may not cause any discomfort, but an abnormal growth is noted in the throat. A neck mass might even be the first sign of pharynx cancer.

Most pharyngeal cancers are of a similar type, called squamous cell carcinoma. Like all cancers, if you have been diagnosed with pharynx cancer, it is important to determine the type and severity (stage) of the tumor. The staging will guide your physician as to the most appropriate therapy. The diagnosis of pharynx cancer will involve a biopsy (removal of a small piece of the abnormal tissue), which usually requires general anesthesia. At the same time, we will also closely inspect the remainder of the pharynx, larynx (voice box), trachea (windpipe), and the esophagus, which is involved with swallowing.

A close inspection of the entire throat and upper airway is important since there is a 2-3% chance of having a second tumor in one of these areas. Staging will also involve x-rays, such as CT scans of the neck and chest, an MRI, or a PET scan. On occasion, special swallowing x-rays will also be obtained.

Once the stage of the tumor is understood, all treatment options will be discussed, and one will be recommended. In general, there are three forms of therapy for pharynx cancer. Surgery is performed by the Otolaryngologist, radiation therapy is administered under the care of a Radiation Oncologist, and chemotherapy is provided by a Medical Oncologist.

Depending on the extent of your tumor, multiple health care providers may be involved in your care. In addition to the above mentioned specialists, this may include your Primary Care Physician, Gastroenterologist, Speech Pathologist, and others. This is called a "multi-disciplinary" approach to cancer treatment.

If your treatment plan involves surgery, the type of surgery performed by the Otolaryngologist will vary, depending on the particulars of your tumor. The spectrum of surgery extends from a minor biopsy to removal of a small portion, or much of the pharynx (which often requires surgical reconstruction). In addition, if the tumor has spread into the lymph nodes in your neck, a neck dissection (removal of the neck lymph nodes) might be recommended for one or both sides of your neck.

As your healthcare provider, we take great pride in helping you understand each step along the path of your individual cancer treatment. If you are diagnosed with pharynx cancer, we will develop a lifetime relationship of close follow-up and support. 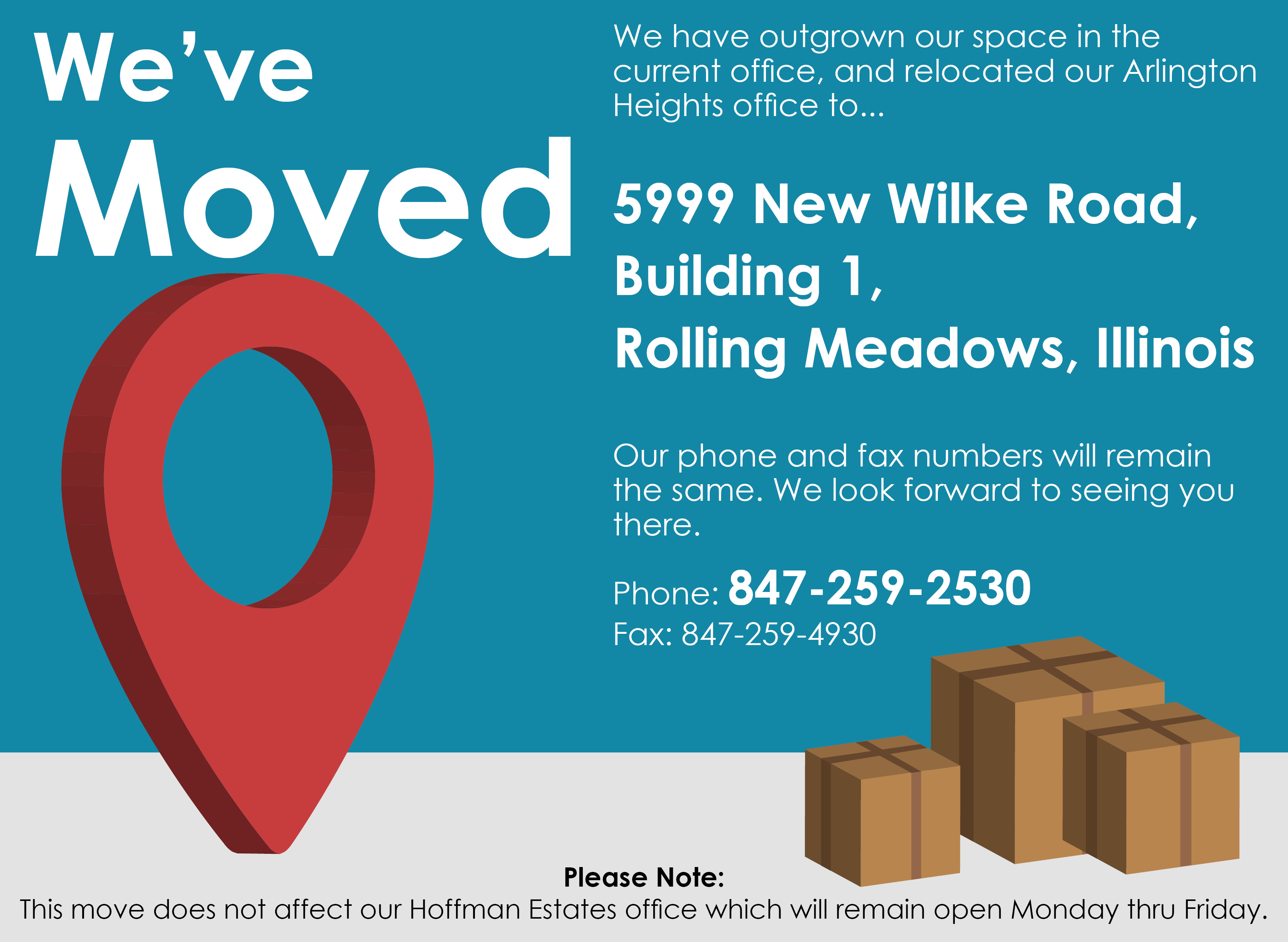